With a passion for everything web related, Camille is a Front-End Developer at Kardinal since December 2020.

A career shaped by all forms of creativity

From woodworking to web development and design, Camille’s career has been shaped by creativity at every level.

Eager to learn the art of wood work, this art enthusiast first enrolled at the Ecole Boulle, one of the largest art and design schools in Europe, to study cabinet-making. At the end of his studies, he began working as a designer in an architecture agency where he spent the first three years of his professional life.

“One of my friends introduced me to the online world, which immediately fascinated me. So I decided to pursue a career in the web industry”. Self-taught, Camille trained online, took courses and quickly acquired new skills in programming. Looking to grow his network and broaden his horizons, he organized meetups in Brussels where he met other developers and soon was offered his first professional opportunity as a Front-End Developer.

He first joined a company specialized in contactless payment terminals, then at a startup enabling users to create their own webradio before returning to Paris to join the Meetic team, where he worked for two years.

At the end of 2020, looking for new technical challenges, Camille sees the Kardinal project as an excellent opportunity to explore, learn and put new methods into practice. “The fact that R&D has a major position at Kardinal was the trigger”.

Concerned about environmental issues, Camille also identified with the start-up’s mission: the promise to reduce the number of kilometers traveled by vehicles, and thus their harmful emissions, helped give meaning to his involvement in the project.

A stimulating and interactive job

At Kardinal, Camille is part of the Front-End team, in charge of optimizing the website’s ergonomics and navigation. Unlike Back-End Developers, the work of a Front-End Developer is immediately visible on the screen. “As a Designer, I loved creating interfaces that were clearly visible to users, something that I now find in my job as a Front-End Developer”. Camille also enjoys working with the Head of Product on the design of Kardinal products.

Camille regularly improves his skills by learning new technologies, for example, he had the opportunity to learn TypeScript, a programming language. This constant need to learn new things in order to solve problems and find the best solution is precisely what motivates him: “It’s like playing a game”.

With the other two Front-End Developers, he works in accordance with the Kanban methodology, which is based on the creation of tickets when a new task is to be completed. This allows for a more agile organization, designed to optimize production and collaboration between team members. “I really appreciate the peer-programming system that we have put in place – the fact that two developers work in pairs on a development – which allows us to deliver more stable and reliable work”.

Every day, the technical teams (Operations Research, Front-End and Back-End) meet for 10 to 15 minutes to discuss the tasks at hand and the challenges encountered. “These daily routines are valuable as they help identify problems that may arise upstream.” The working methods adopted by a young start-up such as Kardinal were very appealing to the developer: greater autonomy, freedom to make proposals, a strong team spirit and a positive work environment.

Having innovation at the heart of Kardinal’s “product” approach gives Camille the opportunity to work on “new” projects, where he can share his vision and apply the best practices resulting from his ongoing technical monitoring. “I value the space for initiative, having the opportunity to dare, to innovate and not just follow”.

At Kardinal, we are happy and proud to have Camille on our team! 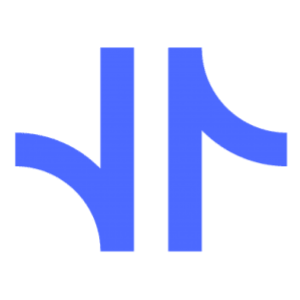 Get the latest news from Kardinal!

Read our latest articles to learn more about the logistics industry.

By submitting this form, I confirm that I agree to receive communications from Kardinal.

Kardinal, better tours no matter what
©2022 • All rights reserved

Kardinal, Better tours no matter what
©2019 • All rights reserved